Linux First Impressions - 3 Weeks In: Back to Windows 7


So after three weeks of using Ubuntu on my media PC I’ve scrapped it and gone back to Windows 7. The reason? Simply put, it got too difficult. Compared to Windows a Linux media PC setup is a bit of a headache.


At least for New Zealand it is... 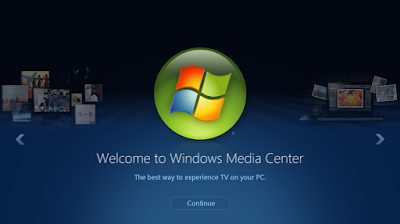 Some extra background is probably necessary. Back in December we bought our first home (the reason why this blog has been so slow this year). In New Zealand the analogue TV broadcast was switched off on 1st December 2013, making live TV available only through digital DVB-T and DVB-S sources. The house we purchased didn’t have a satellite dish or DVB-T aerial, meaning we effectively didn’t have access to the live TV broadcast. Which was absolutely fine. Like everywhere, live TV in New Zealand sucks - and we were happy with streaming everything we want to watch. When I initially installed Ubuntu I was happy to make the TV capture card and live TV recording secondary priorities.


But it has been our intention of installing a DVB-T aerial eventually. There are some shows that are just easier to watch live, the News for example (New Zealand’s local streaming services really suck). And with Abby growing up it would be good to have an easier way for her to access cartoons and kids shows than searching for them through Kodi.


So last week a contractor put up an advertisement on a local social media page with cheap DVB-T aerial installations. We jumped on the chance, and once again we had access to live TV. Being able to record television suddenly became available.


And Ubuntu became a problem…

I’ve found that in some situations it can be very difficult to install software within Linux if you aren’t totally competent with what you are doing.


Linux is developed and maintained by the community, which gives the OS many benefits over Windows. But one of the big downsides is that there are many situations that simply don't have straightforward solutions. Everyone has their own opinions of how things should be done. Their own 'correct way'. As a result I've found that Linux tends to been very fractured when it comes to advice on how to install software packages. Advice tends to be anecdotal, and often times instructions from different sources can be contradictory or outdated.

For example, I chose MythTV as my DVR software, mostly because it seemed to be most popular solution. But I never actually got to the point of installing MythTV because figuring it all out proved to be a real headache.


With MythTV some bloggers and forum commenters recommended simply installing it onto an Ubuntu system from the repositories with sudo apt-get update, sudo apt-get install MythTV. But then the MythTV official wiki lists a page of dependencies that must be installed to the OS for MythTV to work. Are these installed by default with sudo apt-get install MythTV? How do I know if I have them, that they are functioning, and if they need to be configured? Still others warned that by installing MythTV with sudo apt-get install MythTV you can mess up the configuration and flummox up the installation, and instead recommended downloading a purpose built distro like Mythbuntu that already has everything set up and ready to go. Still others argued that they had never had a stable installation using Mythbuntu. The official Ubuntu documentation wiki has its own instructions for installing MythTV. But these instructions were posted in 2008. Are they still relevant?


None of this is actually Ubuntu's problem. Canonical is not responsible for the work of other dev teams or forum users. Well, with the exception of outdated entries on the official Ubuntu wiki that is. But it is a dauntingly steep learning curve for someone coming in as a complete newbie. I found myself knee deep in research, trying to cobble together answers from blog and forum posts and trawling through the wiki's and forums.

And even if I did get the MythTV installation figured out, in the end the MythTV front end may not even play nice with my AMD card. Many forum comments noted choppy playback and poor performance with AMD hardware that required a fairly large amount of troubleshooting to fix. Partly because the AMD Linux driver support isn't great, and partly because MythTV development seems to favour Nvidia hardware (perhaps because of the relatively poor AMD support). There were also debates about what graphics drivers were best (open source or proprietary), and the best configuration for MythTV to get it running stable with AMD hardware.

Again I would have to crawl through the internet for answers.

I understand that Windows has great driver and software support because of it’s gigantic market share rather than being a superior OS. But I think credit where credit is due - Windows typically does a very good job of configuring itself during software installs. Typically dependencies are checked for and installed automatically, and once software is installed it usually requires little or no extra effort to get it working. For example, if I install a game that requires Direct 3D then the installer will automatically check that Directx is on my system - and prompt with an installer if I need it. No further configuration is necessary. When I installed Media Centre on my parents Windows 8 Pro machine it downloaded, installed and configured everything it needed automatically and the DVR ran straight away with no problems. Drivers are always available, and more often than not Windows can simply grab what it needs automatically from Windows update rather than needing them to be manually installed.

I feel that with Windows I can be very confident that everything will work with no fuss, while Ubuntu can require a bit more work under-the-hood to achieve the same results.


That's not to say Ubunutu is a really bad system for installing software. Quite the opposite actually. Most of the time software installs are quick and easy. In fact many times they are easier than Windows installs. Two terminal commands and you're away. No CD's, no installers to hunt out on the net, no product keys and no DRM waiting to mess it all up for you the moment you step out of line.

But on Linux when you hit a snag during a software install then it suddenly becomes extremely difficult, requiring days of research or a high level of Linux experience to complete. The learning curve is very steep.

The electronic program guide is ultimately what killed my enthusiasm for Linux on my media PC. In New Zealand EPG data is broadcast in two formats, EIT and MHEG-5. EIT only contains EPG data for programs currently playing, while the MHEG-5 broadcast contains the EPG data for an entire week. MythTV, like Windows Media Centre, can only natively use EIT data meaning the week long EPG is out of reach.


Typically MythTV uses an XMLTV grabber to populate the EPG. Grabbers work by downloading the EPG data from a variety of online sources and converting that data to a XML file that can be used by MythTV to populate the EPG. Unfortunately according to the MythTV official wiki the grabber for New Zealand was taken down after SkyTV (the local pay TV service) threatened legal action. SkyTV also went around shutting down all but one of the websites that provided New Zealand EPG XML files directly. (SkyTV are, in fact, a bunch of dicks).


On Windows I use an excellent open source program called EPG Collector to grab the MHEG-5 data and import it directly into Windows Media Centre. The MythTV wiki actually recommends EPG Collector as well, stating that you can use it to receive the transmitted MHEG-5 data. Unfortunately looking online this isn’t actually the case. While EPG Collector's core files were written with Mono, it appears that the program doesn’t actually work for collecting MHEG-5 data under Linux. Or at least this was the case in 2011 according to the SourceForge forum. I couldn’t work out if Linux compatibility had been updated since then - there was talk on the GeekZone forums of a Linux version in development a few years ago, but the software description on SouceForge still labels it as a Windows application, while the readme states that it needs .net framework 4 or later.


There are other solutions for getting the New Zealand EPG working on MythTV. But most forum posts concerning the Linux EPG solutions date to c.2011. I’m not sure what solution people in NZ use, or if any of them work particularly well, and to be really honest at this stage I was completely tired of doing research into getting a Linux DVR setup.

All things considered, the problems with setting up Ubuntu as a DVR were mounting. As well as setting up MythTV, the graphics driver, the TV capture card and finding an EPG solution I still had all the other Linux problems I outlined previously. Ultimately all I wanted to do was watch the news and some kids cartoons. And with a wife and daughter eager to watch some TV I had a very real deadline :-P.


I was faced with a question; do I continue with Ubuntu and maybe have the DVR working within a week or two given my limited spare time, or do I just go back to windows - a system that I know will work perfectly right now with no fuss, and will having me watching live TV within a couple of hours?