After a hiatus of about 5 years, I finally logged back into Runescape yesterday. I’m not really sure why. Curiosity? Nostalgia? The desire to play a simple game on my laptop? Whatever the case, this was the first time in half a decade that I had ever given Runescape any serious thought. Ok, yes, I had logged in every now and then in the last 5 years to do Christmas events or what have you (but according to the log in window it had been over 1000 days since I had even done that), but this was the first time that I had considered actually playing the game again.

But has Runescape won me over this time? I really don’t know. It has a lot going for it... Its easy pick up and play nature, its easy going system requirements, its reasonably interesting  (for the most part) quests all make this game something that I could play on my current “you’re-a-parent-now-and-have-no-time-for-gaming” timetable.... But then, the game has at least as much going against it...

I started playing Runescape way back in 2002. My last year of high school. It was for my first Runescape character that I came up with my screen name, Masarius, a handle I have used ever since. But I was never really a hard core Runescape’r. I never really got into the PK scene, never got any of my skills to level 99, took long breaks, and never really worried about if what I was doing was the most ‘efficient’ way to play the game. A casual player I guess. But at the same time Runescape had a lot of things that really kept interested.

For starters, as a browser game it ran really well on the family desktop computer (a crappy old Pentium 200mhz based machine, with a generic 1mb video card), and once I got to university I could play it on my low end laptop without too much fuss. And the relatively easy gameplay meant that it was something that my girlfriend (now wife) was also interested in playing with me.

But what I really enjoyed about Runescape was the setting and the environment. I’m a professional archaeologist, and history – particularly medieval history – has always appealed to me. So the medieval fantasy setting was right up my alley. But it was the game world that sucked me in.

When I first started playing, Runescape had a thriving player-driven economy. Pretty much everything in the world was player made. And there was no grand exchange auction house, all trades were done in person. It was a living, breathing, engaging, and even perhaps semi-realistic world. It felt like a real medieval community. Resource gatherers sold raw materials to craftsmen. Craftsmen then made weapons, runes and potions that they sold to monster hunting warriors. Warriors brought back the coins and rare ingredients that fuelled the economy. And, similar to reality, it was necessary to build yourself up into the economy. You might start off as a cook, baking pies and cakes to sell to warriors – saving up the money you made to buy your first set of armour or runes and then setting off on an adventure.

It was a real living economy. Being a “skiller” was a perfectly genuine and respected way to play the game. Being a high level skiller could bring you fame within the game world, and net you a huge profit. And you could actually role-play. Wanted to be a world renowned chef? Go for it! Wanted to be known for making the best swords in the land? Have at it! A world class archer? Start training! The go-to guy for magic supplies? Grab some runes and start networking! Wanted to make your fortune as a merchant or capitalist, finding cheap goods and then selling them to the right market for profit? Just take a little bit of cash and hit the streets! Just want to be a good all-rounder, a “Jack of all trades but master of none”? The game allowed for that too!

Yes, there were monster drops – but just about every item of value could be made by the players. If you wanted to be decked out in a suit of armour, you found a smith and bought it. Wanted the best sword in the game? You had to actually hunt out the hand full of people that could make them and strike a deal. And all these deals were made in traditional marketplaces. Draynor, the centre of Varrok (later the Varrok west bank), and the Falador bank would be full of people yelling out what they had for sale and inviting you to take a look. It was a vibrant system of commerce and player interaction.

The world felt alive. It felt genuine. It felt real. And it felt like you could be a part of it and have an actual meaningful impact.

Why I Quit Runescape

So why did I quit? A big part of it was that Jagex purposely and actively eroded that player community. High level items became increasingly non-tradeable. The Grand Exchange with its set minimum and maximum item prices completely destroyed the traditional market place, while giving merchant clans a method of artificially driving prices up and down - the traditional market died over night. Non combat skills stopped receiving updates. And monster drops became the primary way to get weapons and armour – destroying the craftsmen and raw resource gatherers. When I left the only real way to play the game was through combat. Being a pure skiller, or a skill specialist, was almost completely nonviable.

Take smithing for example. When I left, the best weapons and armour a smith could make were runeite. A full set off runeite armour required a smithing level of 99 – something that would take tens if not hundreds of hours to achieve, and millions of gold pieces to buy in the metal bars necessary to train the skill. When I left the weapons available as monster drops far surpassed that which could be made by smiths, and rune armour was considered entry level at best. Hundreds of hours of work, and millions of gold pieces, just to be able to make the ENTRY LEVEL armour... Jagex completely destroyed the smithing industry. Which in turn destroyed the mining industry as there were no smiths to buy the metal ores. And many of the non combat skills had this same fate.

Runescape lost its soul. The game became less about social interaction and role-playing in a living medieval community, and more about combat and efficiency. A generic Diablo or WoW clone, focusing on grinding mobs before fighting boss monsters and doing raids for loot. New quests and items were geared towards combat, particularly melee. Everything else was left to rot in irrelevancy.

But all that could be ignored if it wasn't for the main reason I quit - the grind. Runescape comes from another time. A time when MMORPGs were all about making you grind for experience, and dragging out the gameplay as much as possible.

The game has clear influence from earlier editions of Dungeons and Dragons and the Ultima series. But in 2010 Runescape was taking grinding to another level.  Everything about the game was a grind. First you have the basic do-this-same-simple-and-boring-task-over-and-over-to-earn-the-smallest-amount-of-xp gamplay for grinding out skill levels. But then Jagex had done everything it could to lengthen out levelling as much as possible beyond the repetitive gameplay. Higher level (and high xp) trees, monsters, and ore rocks are rare and have lengthy respawn times. And good training spots are almost always some distance from a bank – forcing you to walk your character a reasonable distance between loads of raw resources or monster runs, meaning a large amount of down time.

And of course, without the living economy skills like smithing and fletching are completely devalued and make no money. So you either have to grind on mobs to get enough good drops to sell so you can afford the raw materials, or you have to grind the corresponding raw resource skill and collect the raw resources yourself. Essentially forcing you to spend hundreds of hours grinding out a skill you don’t want to train just to get the privilege of then grinding out the skill you wanted to train. And in the end training of non-combat skills were worthless anyway. With no profit, no reward, and ultimately no point as the items you will get access to by training the skill are already outclassed by items dropped by monsters - or were simply easier to just buy from an NPC store with money made from the sale of loot.

And that is what ultimately killed the game for me. I got my character so most of his skills were above level 50, and his combat skills were in the mid 70s. I did all the quests that I could do with my levels, and then....... that was it. All the available quests had skill level requirements above what I had, and if I wanted to progress in the game I had to monotonously grind my skills. I was left with a very simple question – do I actually want to spend the next 20 hours arbitrarily grinding skills just to do the next quest? Do I actually want to spend the hundreds of hours of grinding necessary to complete all the quests and experience the end game? With no actual pay off. And do I want to grind on mobs to get my combat level high enough to experience the end game content? Or do I just want to play something else? In the time it takes to monotonously train just one Runescape skill to level 99 I could play an entire single player RPG, or several FPS titles. You know, actually experience games rather than lighting countless camp fires or burying millions of bones.

The thing is I'm not necessarily against the grind as a concept. And I'm certainly not against the game being hard or time consuming to complete. In fact the economy that I want the game to have outright requires that the skills are difficult to master, otherwise everyone would be making the best items straight away and the economy would again just dry up. But Runescape isn't a hard game, or even a difficult game, just a very time consuming one. Anyone can get a skill to 99 if they are willing to commit weeks or months of their lives endlessly doing the same simple monotonous tasks. I would happily take a skill to level 99 if levelling was rewarding and the gameplay was engaging and fun. But it's not...

But now Runescape 3 is out. A new combat system. And I’ve heard that earning xp has never been easier. Will it be different? I'm genuinely interested to find out. Let’s play some Runescape! 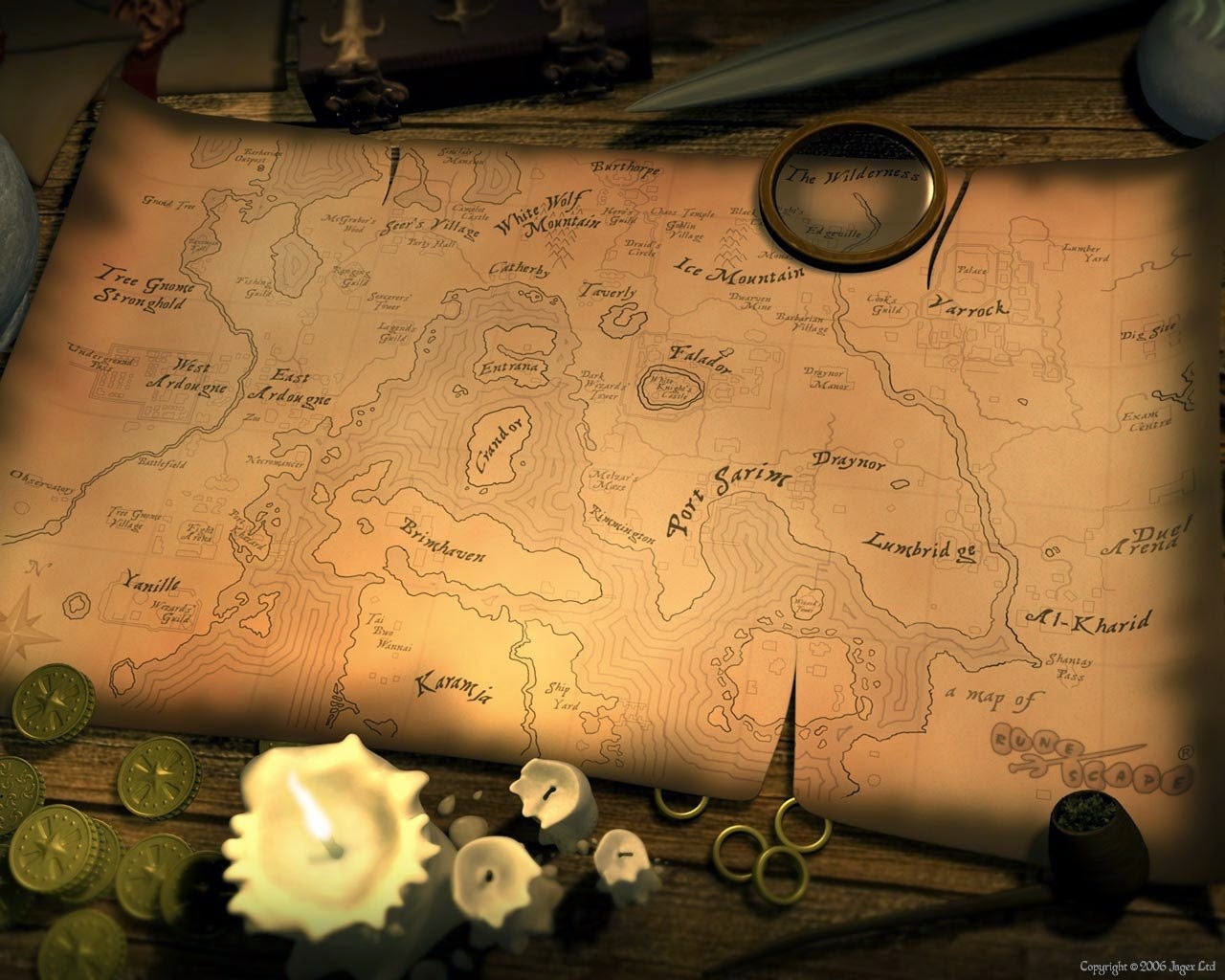